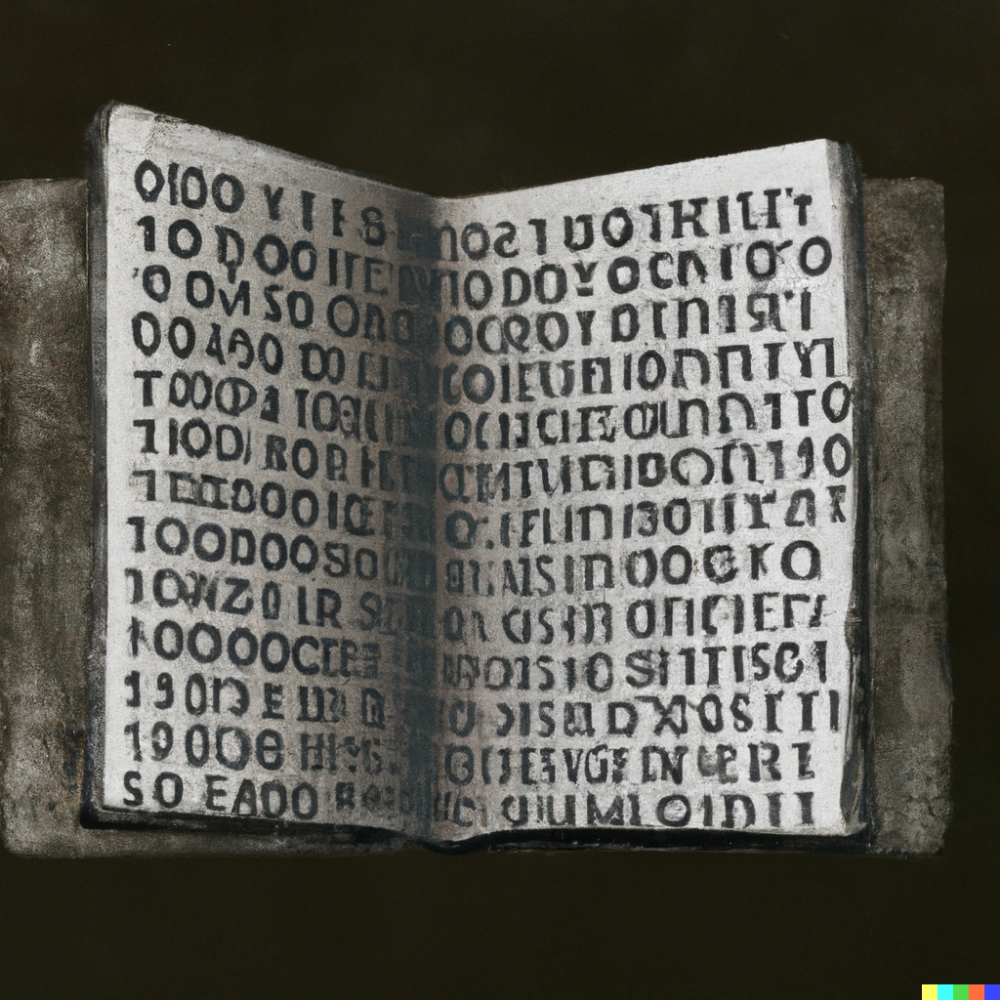 The bit has not been kind to the medium. There was a time, not very long ago, when the artifacts that carried our ideas were pretty stable categories. A letter was some marked paper you contrived to have someone else read—preferably far away from you. A record was an unwieldy disk that, when spinning on a hooked-up turntable, made air vibrations that resulted in good vibrations. A film was a coil of flammable celluloid that induced visions of terrifying monsters and lovable tramps.

The medium, of course, was never really about the artifact. Rather, it was about the possibilities for communication, and the ritual, history, and mythology that grew up around that medium. The artifact provided useful limitations, structure to work within and against. The rituals bounded and situated the medium within the culture. In the case of books, the rituals around printing and publishing (what Gerard Genette called paratexts) "present ... in the usual sense of this verb but also in the strongest sense: to make present, to ensure the text’s presence in the world, its ‘reception' and consumption."1

For better and worse, we're off-roading now. Fundamentally, there is now one medium, which you might call the abstract, the digital, or the binary medium. Its associated artifact, the general-purpose computer, is less a boundary and more a propulsive force. What we now might consider to be different media—tweets, video, digital books—are, in essence, all the same stuff—"Digitalization [sic] has made it so that voice and text have become mere effects on the surface or an interface for the consumer." 2

The medium of bits has only one fundamental limitation: everything must be reducible to the simplest unit of information, true or false. This seems like it must be severe—no continuous value is digitally possible, and so any analog signal undergoes a process of flattening when digitized. In practice, though, this limitation doesn't amount to much. Most people are happy enough with low quality audio and video in which a great deal is lost to conversion and compression. While writing (in the physical sense of ink drawn onto paper by machine or hand) is analog, text (the encoded abstraction of letters and symbols) has always been digital.

In theory, then, the digital medium is an unlimited medium, and we can build anything with our abstractions. In practice, the true limitation is in ourselves, in our cognition and our imagination. The boundaries of the digital medium are, fundamentally, our own limitations, as people and societies of people.

Perhaps this is why the digital medium is converging toward a dreary monoculture. There are almost two billion websites on the internet, and yet humanity spends the overwhelming majority of its time on a bare handful. These few platforms have all converged toward essentially the same paradigm: a stream of algorithmically-curated digital posts, mixing text, images, and video generated by users. These platforms freely crib designs and copy features from one to the next, meaning they look fundamentally the same and do fundamentally the same things.

There are places online that resist the endlessly scrolling homogeneity of the big platforms, if you care to seek them out. Artists like Olia Lialina and Porpentine create sites that you stroll through rather than scroll through, and which laugh in the face of conventional (and borning!) web design norms. There has been some recent discussion of digital gardening as a practice, and I've enjoyed keeping an eye on some quietly tended gardens through RSS. Digital experiments and organic communities of discovery such as web rings resist, or at least ignore, the algorithmic machines that decontextualize and monetize our thoughts and community connections. But growing your own digital garden, or visiting a friend's, requires deliberation. It's so much easier to just open an app, and neither actively decide what we wish to see, nor create something truly new.

As people, we're always paralyzed by the unbounded possibility. When confronted by the blank page, we struggle to create. In the games we invent for ourselves, we prefer limiting rules and mechanisms. When told we can do anything, we first look around to see what others are making of their freedom. We have yet to explore even a fraction of the space of possibility afforded by the digital medium.

What terrors lie in that unbounded space of possibility? And, in exploring an infinity of abstractions, what new limitations will we discover in ourselves?

This Week on Iota

I'm thinking on the unbounded nature of the digital medium this week because I've been working on a feature for the Iota platform: sequences.

On the platform, iotas are the fundamental unit. They're pretty basic on their own, just a page of text written in the markdown formatting language. You can see the one for this newsletter post on the website.

The idea is for iotas to exist independently, so that they can be included in more than one sequence. For example, if an iota tells you how to install Python, that iota can be included in any beginner-friendly sequence related to Python. The idea is to make it easier to share resources between curriculum and to maintain lots of curriculum over time. Another way of thinking about it is that sequences aren't collections of iotas, but rather collections of pointers to iotas. This shouldn't matter much to someone using the curriculum, but it should make it a lot easier to create and modify flexible materials.

I've just created the sequence feature this week, so it's a bit rough. But you can now see previous issues of the Techne newsletter arranged as a sequence.

I'll also throw in my working to-do list for Iota, which should give a sense of where I'm headed in the coming weeks and months.

I'm just about at the point where I can start creating curriculum and putting it up on the site. Over the next week, I'll focus on some of the public-facing portions of the website, like the "Philosophy" and "Partners" pages. If there's time after that, I'll start putting up some iotas!

You know you're in an exclusive club, right? You were in the first hundred. You liked the newsletter before everyone liked it. Before it was cool. Before the posts could even be shared on Twitter. (They still haven't been shared on Twitter. But now it's possible!)

Thanks for reading and sharing, and see you next week!